With local buses to the Kefalonia highlights 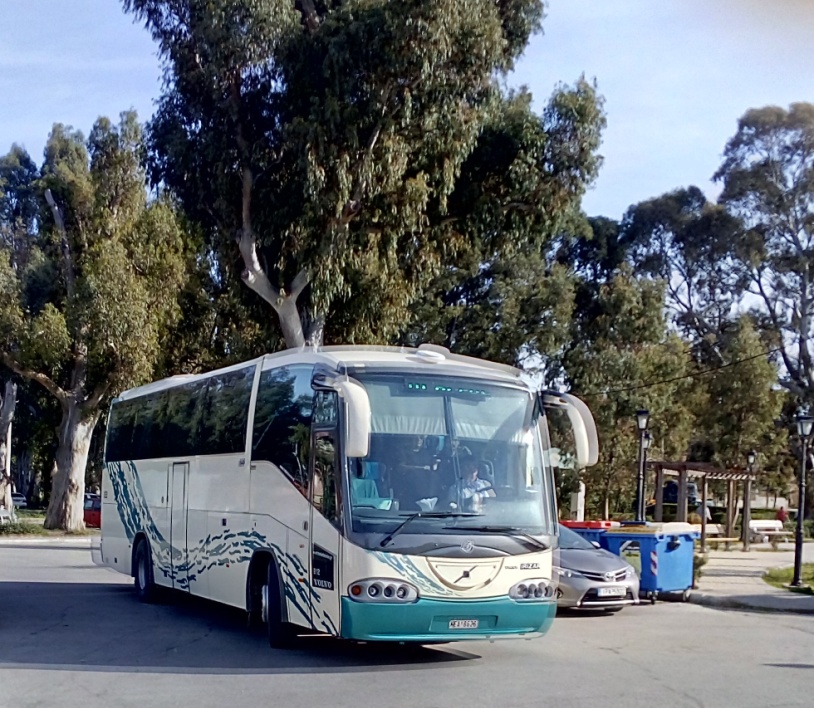 I had never thought that I would say this sentence … ever. But here it is: Why not take the local buses on Kefalonia to see Melissani or go to Myrtos Beach? Hop on the KTEL bus and you can get to Antisamos beach near Sami or to Agia Efimia, Katelios or the St. Gerasimos monastery. You can go as far as Skala and Fiskardo. And the best is, you can even get back the same day. 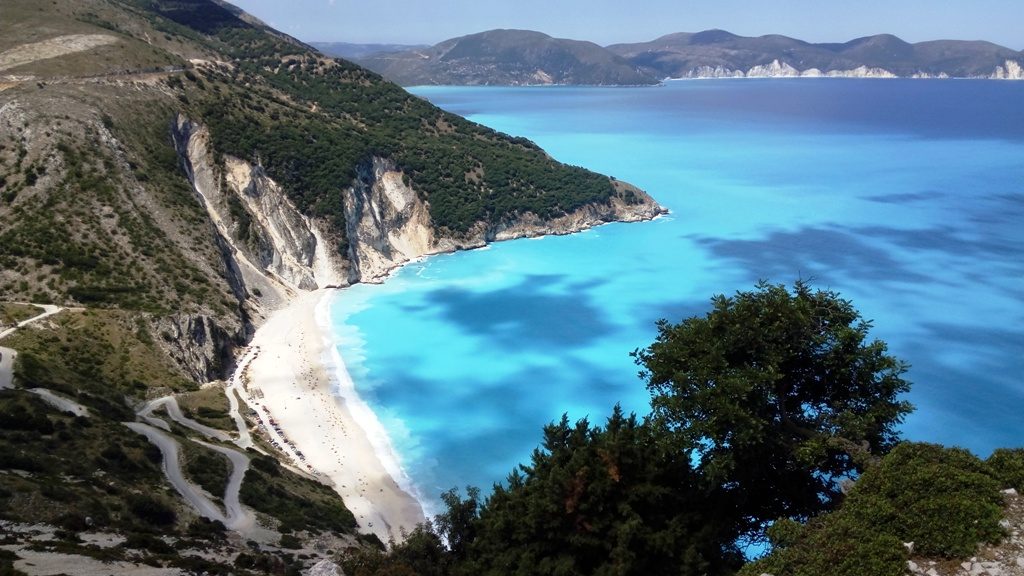 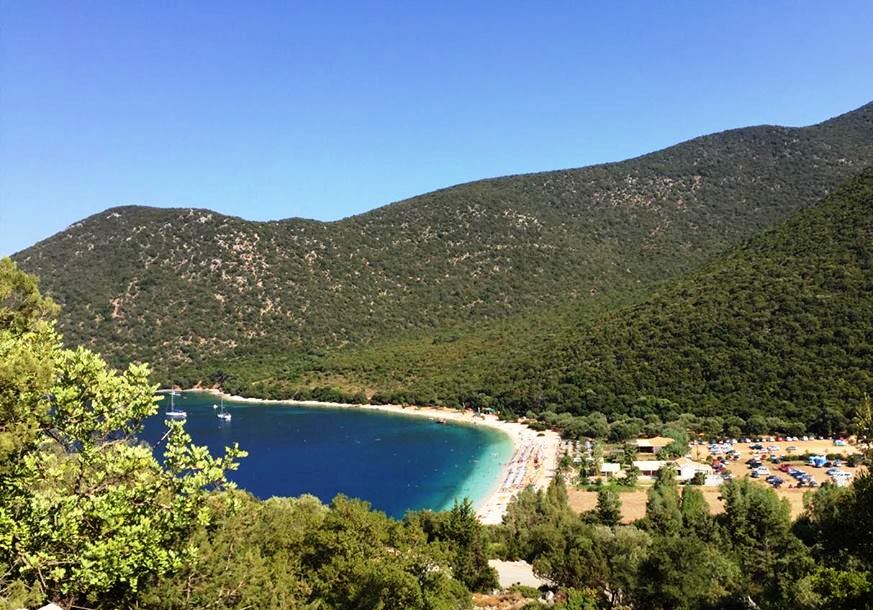 I have never seen a bus schedule like this on Kefalonia, allowing tourists in high season to see Kefalonia from South to North and East to West. No pitying smile anymore when guests ask for public transport. Just get out the timetables and design a tour to all the main towns on the island and quite a few sites and beaches. I am impressed.

Getting around Kefalonia without a car

Especially in July and August, when it gets busy on the roads of Kefalonia and the driving style changes from relaxed to hectic, some people might prefer the leisurely bus trip over the island. On the plus side is also that the cost for local buses on Kefalonia is inexpensive compared to a high season rated car. You can look out of the window and watch the island go by instead of being concentrated on the road.

The buses from Argostoli leave from KTEL bus station at the harbour front. From Sami, they depart at the KTEL station on the harbour road. From Skala above the little pine forest, where the central Skala street starts. In Agia Efimia the bus stop is located on the main road in the middle of the village. Throughout all the villages on the island, there are little bus stop signs (sometimes more sometimes less obvious).

This site uses Akismet to reduce spam. Learn how your comment data is processed.

This website uses cookies and Google Analytics to ensure that we give you the best experience on the website. If you continue to use this site we will assume that you are happy with it.OKNo