Assos – Village with a touch of magic 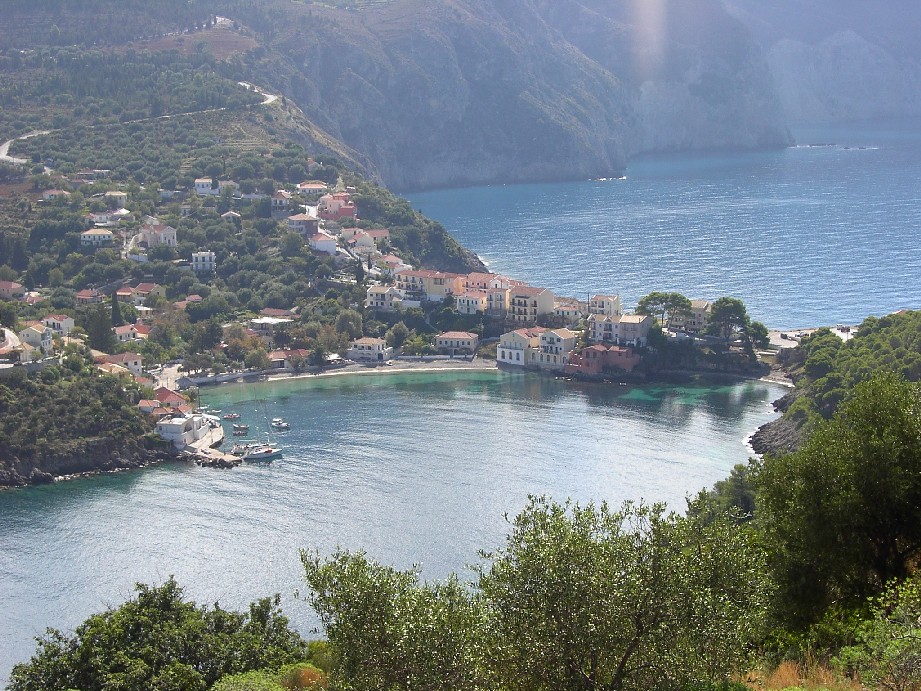 Imagine you were a Venetian soldier at Assos castle in Kefalonia 400 years ago. Melting heat lies heavy over the bay as you are walking up the dusty pathway that leads to the fortress high above you. Looking down through pine trees you can see the shimmering blue sea. Can the beauty of this sight make up for the thought of your duties ahead or have you seen the turquoise waters in the bay hundreds of times already?

Assos castle is fairly new in 1617. It had been completed only 20 years ago. Towards the end of the 16th century, noble families from Kefalonia’s north had sent a petition to the Venetian Senate to request a fortress in the north as this part of Kefalonia was still unprotected against the constant pirate attacks.

When the Venetians had succeeded over the Ottomans on Kefalonia in 1500, one of the rare Venetian victories over the Turks, they had enlarged St. George’s Castle in the south. So the south of the island was protected. But what about Kefalonia’s north?

Not only were the pirates attacking the island at its weakest point, but there was also the threat of new Ottoman attempts to re-conquer Kefalonia. The Venetians decided to build the second fortress on top of the Assos peninsula, a place impregnable for enemies. It was planned as a citadel, laid out big enough for the people of the surrounding villages to move and live inside the fortress walls. This made it one of the largest castles in Greece.

But people were reluctant to move inside the fortress walls. Their most important reason was the lack of freshwater springs. Furthermore, there was the fear of being cut off from important supplies in case of a siege. So Assos castle never became an important city but was used as the seat of the local Venetian government. 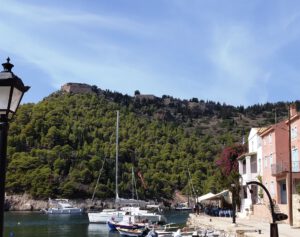 Let’s switch to today. For you, there are no heavy duties to think about as you are hiking up to the fort. You will be rewarded with the most splendid views over the sea and Assos bay.

A lovely walk through fields and trees lies ahead of you, passing the house of the Venetian high commissioner, finding the churches of San Marko and Prophet Elias and some ruins of Venetian buildings.

During the English protectorate in the 19th century, Assos castle was used as a quarantine station. Later on, in the 1920s it was made a farm prison, after WW2 used for political prisoners. The last few people lived up here until 1963. For your way back down to the village of Assos, you can choose to use a narrow path along the southern side of the fortress. 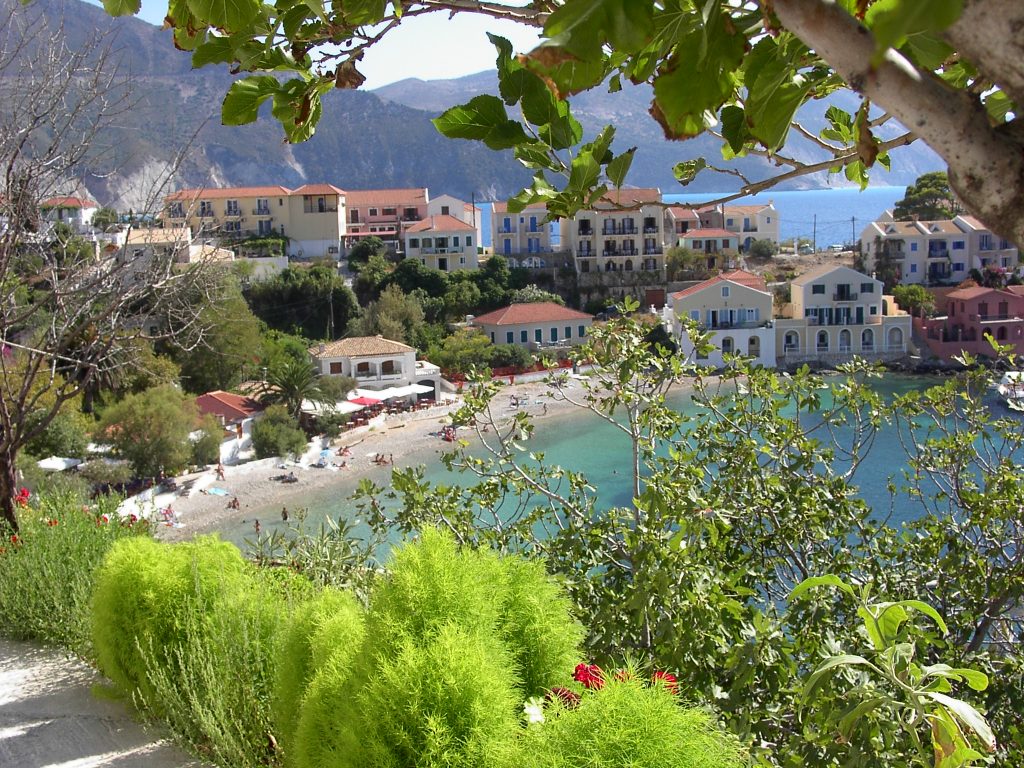 Many consider Assos as the most picturesque village in Kefalonia. It is not as glamorous as Fiskardo but Assos has an atmosphere of tranquillity and authenticity. With only a handful of cafés and restaurants overlooking the bay, it is the loveliest place you can imagine. 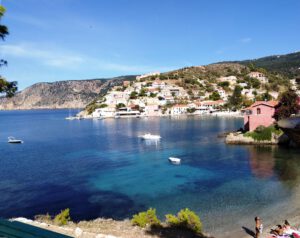 The second small beach further around the bay

There is a small beach in Assos as well as a tiny one on the left side of the bay to enjoy a swim in the crystal clear sea.

When you sit in one of the cafés by the water, let the relaxing atmosphere come to you. Sometimes it seems as if time stands still; if you then look over the bay towards the Assos fortress and see somebody walk up the path through the pine trees, it is not that difficult to imagine the Venetian soldier on his way.

This site uses Akismet to reduce spam. Learn how your comment data is processed.