Hike to the Cyclopean walls of Krane 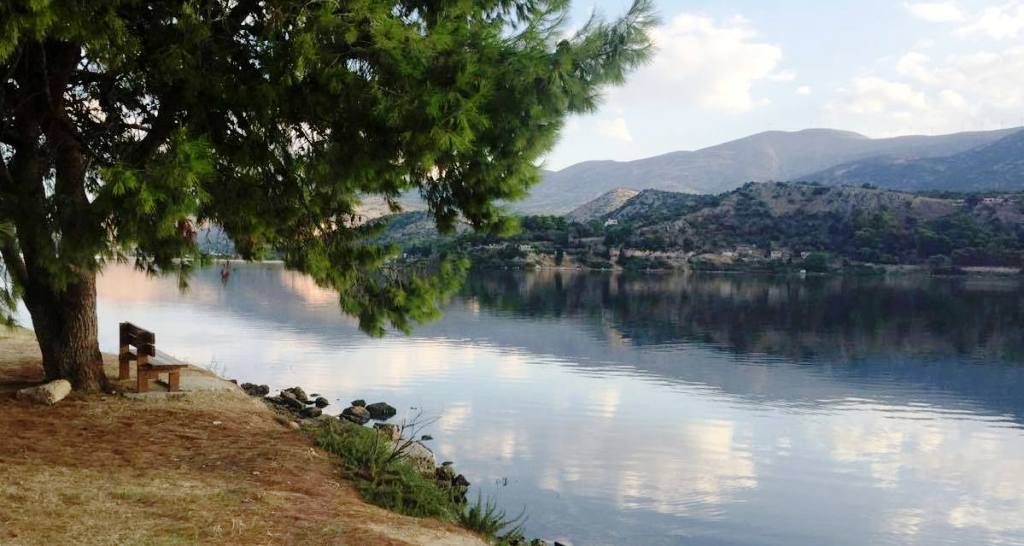 Start your hike to the Cyclopean walls with a walk halfway around the Koutavos Bay of Argostoli. There is a footpath directly along the shore. Swans, ducks, geese and coots have settled here and sometimes you can see a sea turtle sticking its head out of the water.

The hike to the remains of the Cyclopean wall begins at the end of the Koutavos Bay, after the pump station which provides the freshwater for Argostoli. Cross the road, climb up the hill and you follow a path that was used by people since ancient times. It passes the walls of the ancient city of Krane (or Krani) and you walk through untouched nature. 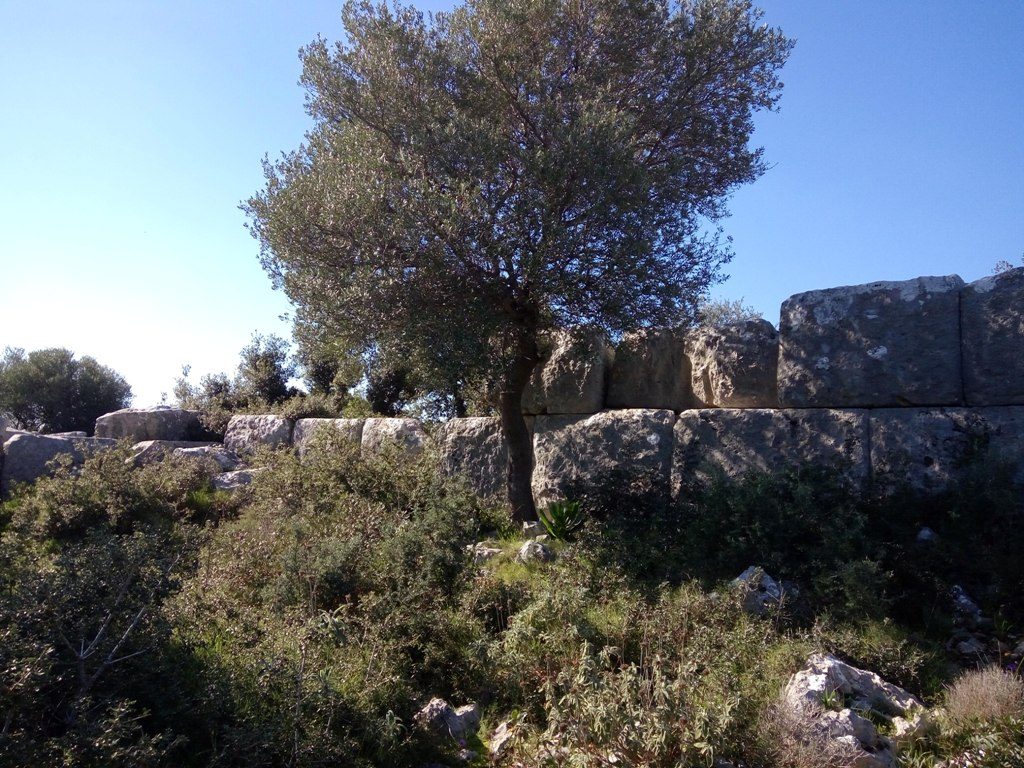 Remains of the cyclopean walls

The ancient city-state of Krane

Krane was one of four city-states on Kefalonia that existed from approximately the 7th century BC. The other three cities were situated above Sami (Same), near Lixouri (Pale) and Poros (Pronnoi). With the invasion of the Romans in 189 BC, these city-states were conquered and their independence ended. The name Krane has been preserved through the centuries and is reflected in the name of the plain between Argostoli and the fortress of Agios Georgios, which is still known as Krania.

On old paths to the Cyclopean walls

On paths, only used by the shepherds, you get to the cyclopean walls of the ancient city of Krane. Its name is owed to the size of the stone blocks of these fortification walls which protected the city against enemies. Walk along the remains of the walls until another path leads to the valley of Krane. From there you go back to the starting point at Koutavos Bay. 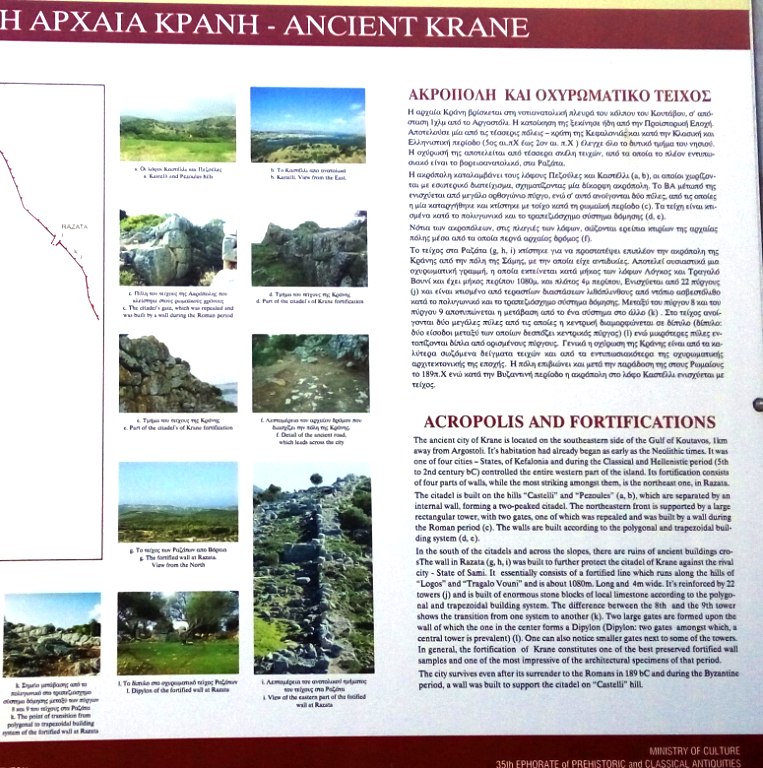 Information board on ancient Krane

The route of the Cyclopean wall not only leads to one of the archaeological sites of Kefalonia but also offers a great view of the capital Argostoli and the surrounding countryside.

Thanks to my friend Petra Elbe for the information and some of the photos.

This website uses cookies and Google Analytics to ensure that we give you the best experience on the website. If you continue to use this site we will assume that you are happy with it.OKNo