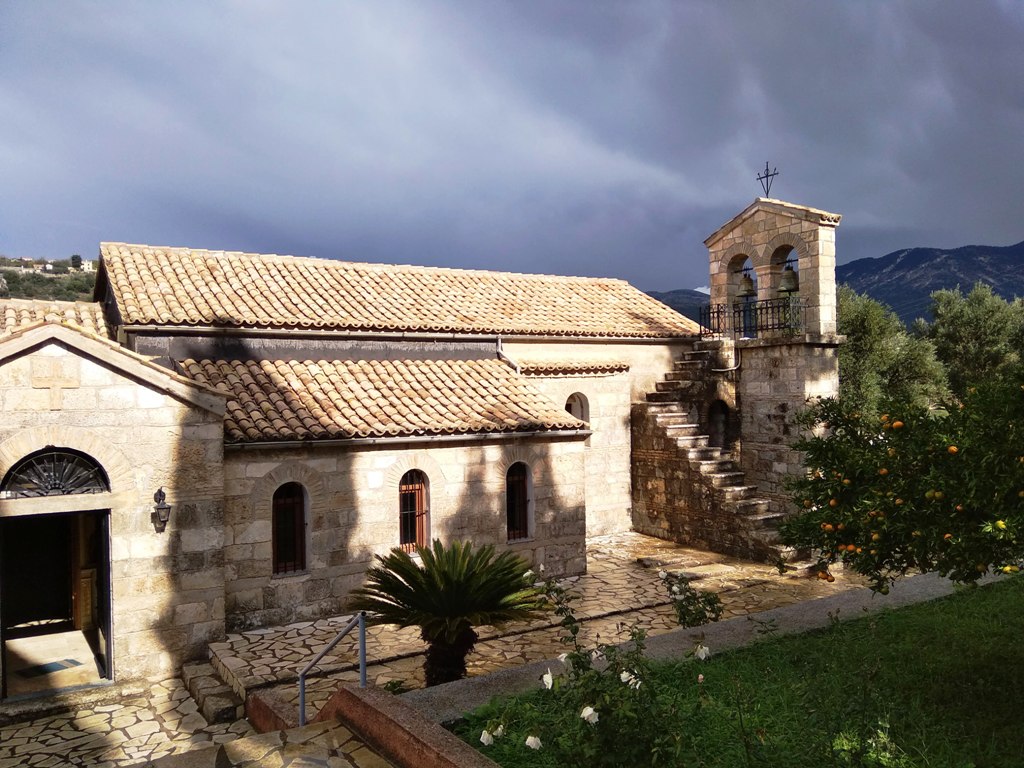 The monastery of St. Andreas is situated below the Venetian fortress St. George (“Kastro”) at Peratata, only a few kilometres away from Kefalonia’s capital Argostoli. Here you can find a very interesting museum and a beautiful old monastery church that was spared from the 1953 earthquake. The St. Andrew monastery is less known than the bigger monastery dedicated to Kefalonia’s patron Saint Gerasimos in the valley of Omala. However, because of its museum and the charming old church, St Andreas is at least as interesting. If you want to dive into the atmosphere of an old Greek Orthodox church, this little church is recommended. 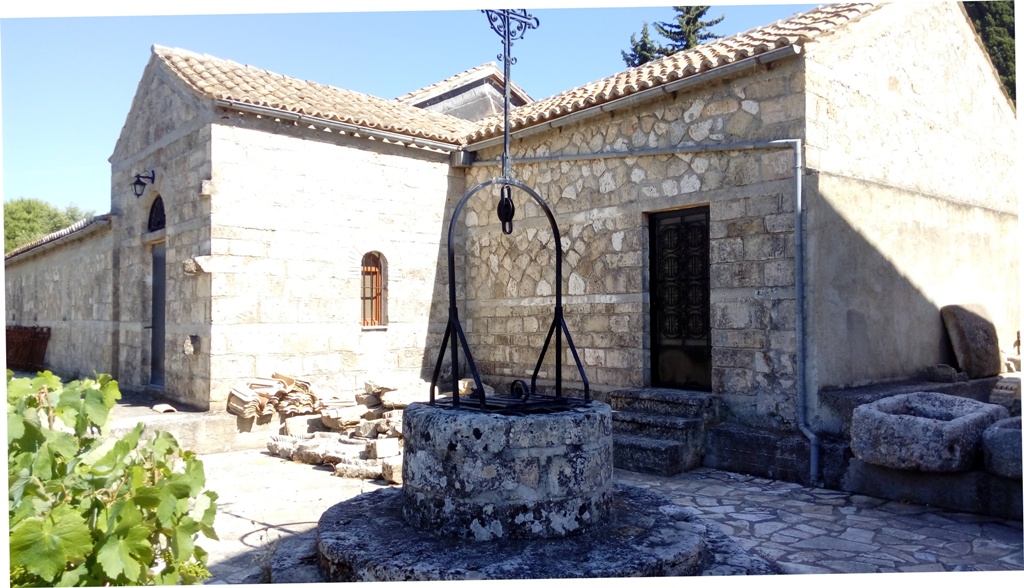 Back view of the old monastery church

The holy relic of Apostle Andrew in the newer church

A second, larger church on the site was built after the 1953 earthquake. A holy relic is kept here: the right foot sole of Apostle Andrew. This holy relic was donated by the Greek-Romanian princess Roxana (later sister Romila) when she joined the nunnery in 1639. Not only did she donate this relic but also her significant fortune. The relic is kept in a small silver casket to the left of the iconostasis. You can climb two steps and look into the casket from above.

Originally, the monastery already existed in the 13th century. Later on, it was deserted for several centuries until it was refounded in 1579 by three sisters who bought the terrain. Even today it is still a nunnery. The small orthodox church is part of the museum and worth a visit in itself. 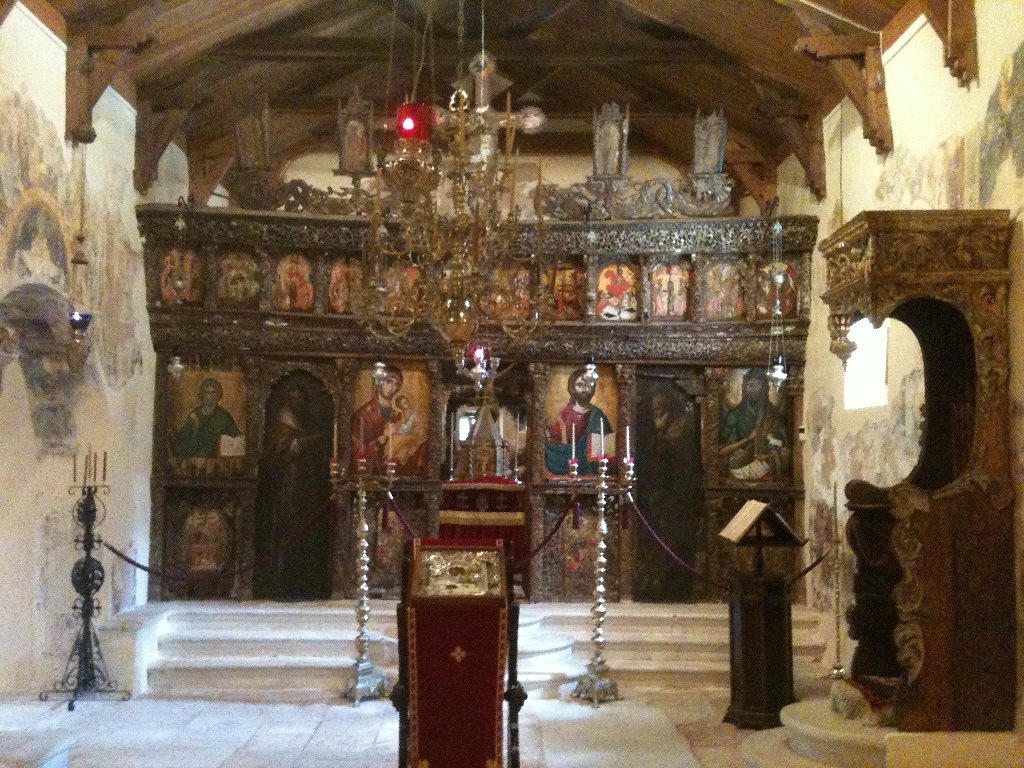 The Agios Andreas monastery during the British protectorate

When Kefalonia fell under British protectorate in the 19th century, the monastery was converted into an orphanage in 1832. The church was used as a school for the children and the church’s wall paintings were covered with lime plaster. In 1864 the British left the island, Kefalonia and the other Ionian islands were united with Greece, and the monastery was used as such again. 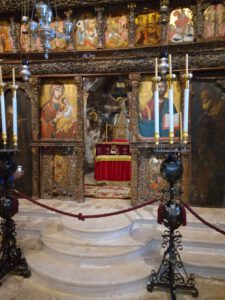 The earthquake of 1953 destroyed nearly all of the monastery buildings, only the church remained almost undamaged. During the earthquake, plaster fell off the church walls and uncovered the wall paintings from the 17th century which had been covered during British rule. They were restored as well as possible and are once again part of the wall decoration.

Masses are held in the church from time to time but it is also part of the museum. And so, apart from the 17th-century iconostasis, you can also see many salvaged artifacts from several destroyed churches in the area that are housed here. 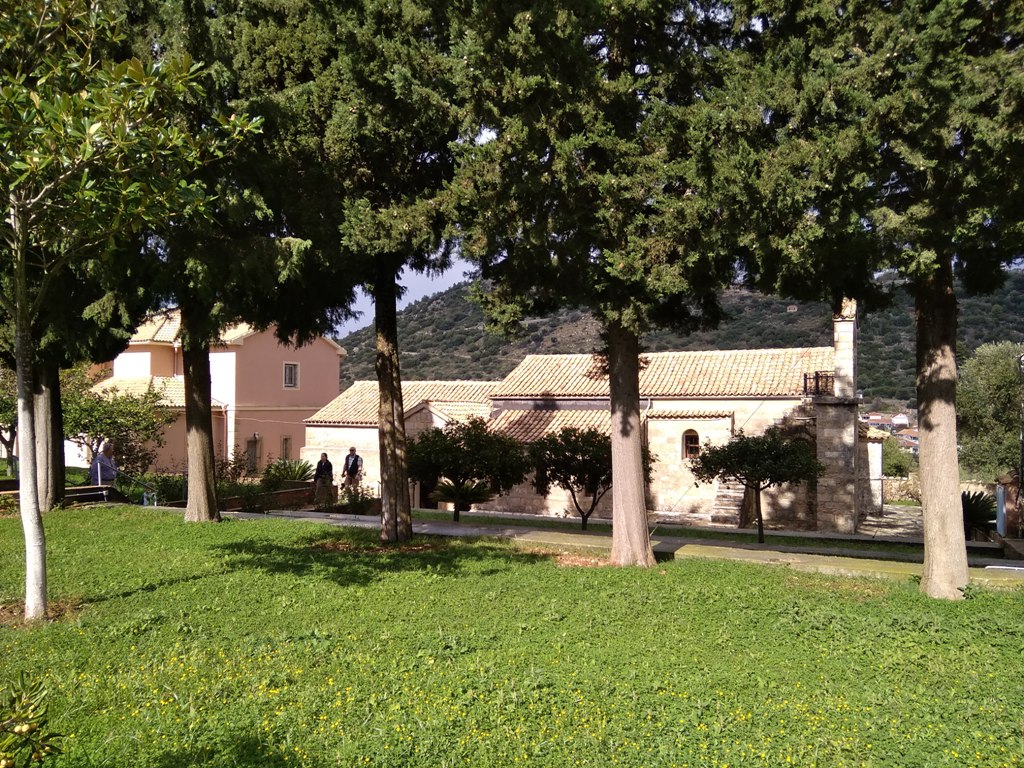 To the left of this old church is the actual museum building. Here, in addition to icons, paintings, priests’ garbs, wood carvings and old manuscripts, needleworks of the nuns through the centuries are exhibited. One of the most important exhibits is a Bishop’s tunic that a nun worked on from 1715 to 1721.

The Agios Andreas monastery lies surrounded by trees and offers a lovely view up to the Venetian fortress St. George (Kastro).